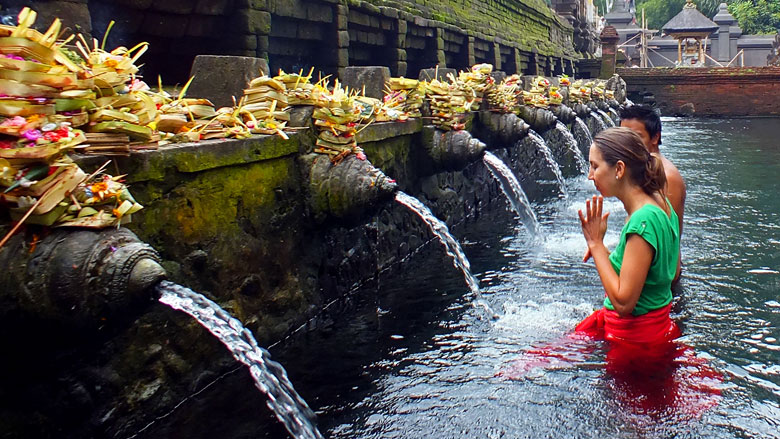 Tirta Empul Temple (Indonesian: Pura Tirta Empul) is a Hindu Balinese water temple located near the town of Tampaksiring, Bali, Indonesia. The temple compound consists of a petirtaan or bathing structure, famous for its holy spring water, where Balinese Hindus go to for ritual purification. The temple pond has a spring which gives out fresh water regularly, which Balinese Hindus consider to be holy or amritha. Tirta Empul means Holy Spring in Balinese.

Construction of the temple

Tirta Empul Temple was founded around a large water spring in 962 A.D. during the Warmadewa dynasty (10th-14th centuries). The name of the temple comes from the ground water source named “Tirta Empul”. The spring is the source of the Pakerisanriver. The temple is divided into three sections: Jaba Pura (front yard), Jaba Tengah (central yard) and Jeroan (inner yard). Jaba Tengah contains 2 pools with 30 showers which are named accordingly: Pengelukatan, Pebersihan and Sudamala dan Pancuran Cetik (poison).

The temple is dedicated to Vishnu, another Hindu god name for the supreme consciousness Narayana. On a hill overlooking the temple, a modern villa was built for President Sukarno’s visit in 1954. The villa is currently a rest house for important guests.

For most of the time, Tirta Empul is believed as a source of clean water regarded as holy water used for Hindu ritual. However, the water quality began to deteriorate due to contamination from surrounding areas. As of August 2017, visitors are urged not to use the facilities on-site due to E.coli contamination of the water, caused by nearby residents dumping their garbage carelessly onto open water, and sewage channel to the river. The contamination has resulted in at least one person nearly losing their eyesight from an aggressive infection. 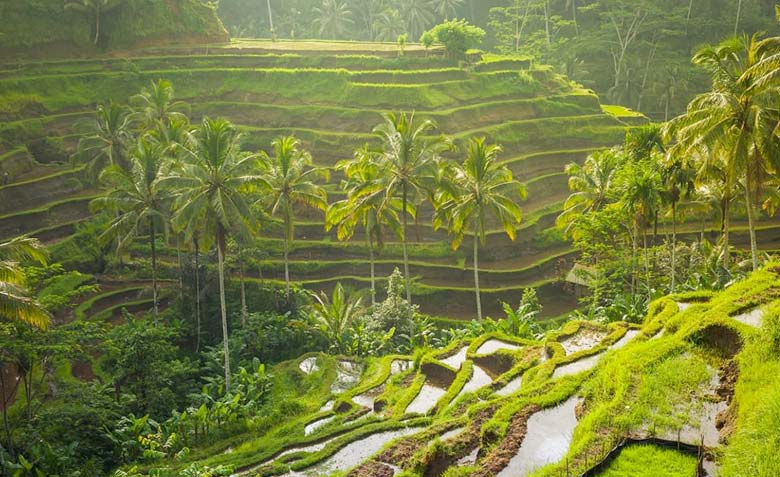